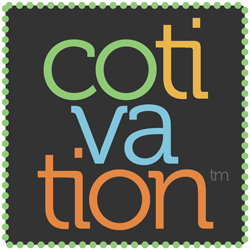 Back at the end of 2012, I was facing an interesting challenge: New Work City’s membership was lagging after a slow Fall season, and the culture was starting to slide into one of passive workspace consumption. Which is not what we’re about.

So I wanted to undertake an effort that would simultaneously stimulate interest in membership while also creating an opportunity to revitalize the culture from within. I wanted to promote our place in a way that was more substantial than just “we’re great, come hang with us! Really!” — so I thought about a program that would give people a way to forge deeper, more intentional working relationships with each other.

I thought about what I needed myself, and what I saw in others. Two themes came up consistently: structure and accountability. In traditional employment, these things are taken care of, but for independent workers these critical constructs are nearly nonexistent without some kind of deliberate effort.

So to that end, I cooked up a basic but powerful concept for an accountability group, dubbed Cotivation (think collaborative motivation), where participants would meet weekly to set goals, keep each other accountable, and discuss whatever’s holding them back.

I themed the first one around making and keeping a New Year’s resolution and published it just before the end of the year, inviting people to join for our official kickoff in mid-January (why mid-January? because that’s when you most need a boost; after the initial excitement of the new year has worn off. But also because it gave us some time to promote it).

What resulted was incredible: a dozen or so people, some existing members and some newcomers, got together and started opening up to each other. We dug deep. We talked about our hopes and dreams and what was holding us back.

We set monthly goals and then weekly interim milestones, checking in each week to see whether we’d done what we’d said we would. Inevitably, some of us would fail, which gave us a chance to examine why. We’d discuss, we’d adjust, and we’d repeat.

When the first Cotivation came to a close in February, the next step was obvious: let’s do this again. So we repeated the format, inviting others to join.

We quickly formed deep bonds. The people who participated in those early Cotivation sessions ended up being the same people who went out for drinks after work and joined our volleyball team in the springtime.

Today, Cotivation groups are running or in development in New York, Seattle, Toronto, and Fort Collins. A handful of members run their own Cotivation group at New Work City now, with new groups on the way.

I’m excited about the ways Cotivation can help independents have a sense of the crucial structure and accountability they need, while also giving coworking spaces a valuable way to facilitate stronger connections and greater value between members.

One thought on “Collaborative motivation groups”